A Teaser of My BRIDGER Novella 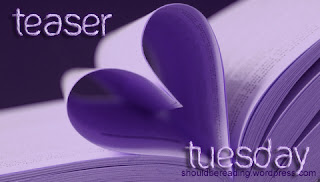 If you've read the Bridger series, you'll know about Memaw, my kick-arse ninja granny. :) This novella is tentatively titled Assassin Rising, and if you guys like this, I might have to release the novella. Let me know what you think!

Thanks for reading,
Megan

Brought to you by Macdizzledoo at 8:54 PM

You've Got The Love.